The Tree of Half Life by StormStudios (after Thorgerson) Storm Thorgerson Title
The Tree of Half Life
Artist
StormStudios (after Thorgerson) Storm Thorgerson (i)
Medium
Screenprint (i)
Numbered
/296
Size (WxH)
73 x 89cm
Framed
No
Ref. No
17227

Tree of Half life shows a tree in a field shaped like a human head. Storm says: 'This image was adopted by the Floyd both as a T-shirt and as a frontpiece in a book because they liked it and it felt Floyd-like. As a Sony executive once said to me, 'It's a cover of an album never made.'' 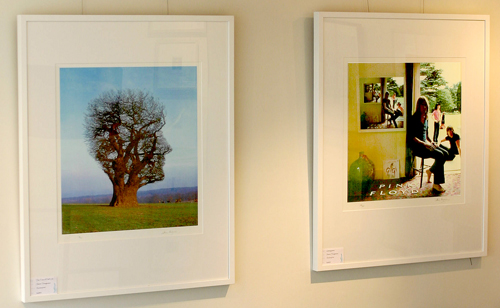